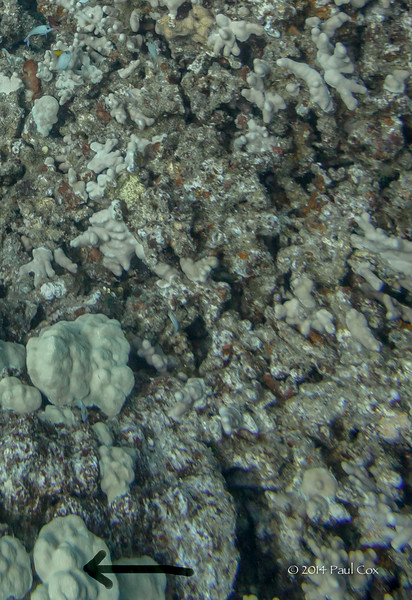 After: Same spot where anchor lay, six months later. Broken finger coral does not grow back!

On February 25, 2014 I photographed two aquarium collectors damaging the reef with their anchor and their actions. Walking and crawling on the corals as they netted hundreds of mostly juvenile fish. I filed reports and provided evidence to DAR/DoCARE, who passed it on to the Hawaii prosecutors office. I am told the case is still open.