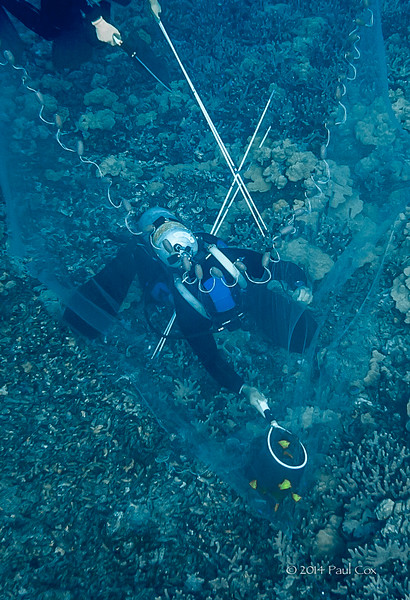 Has anyone studied the respective areas of Coral ruble between the open and closed to collection zones?

On February 25, 2014 I photographed two aquarium collectors damaging the reef with their anchor and their actions. Walking and crawling on the corals as they netted hundreds of mostly juvenile fish. I filed reports and provided evidence to DAR/DOCARE, who passed it on to the Hawaii prosecutors office. I was never interviewed. After months with no apparent action on a follow up call to the Hawaii county prosecutors office I was told my case number is not in their system.